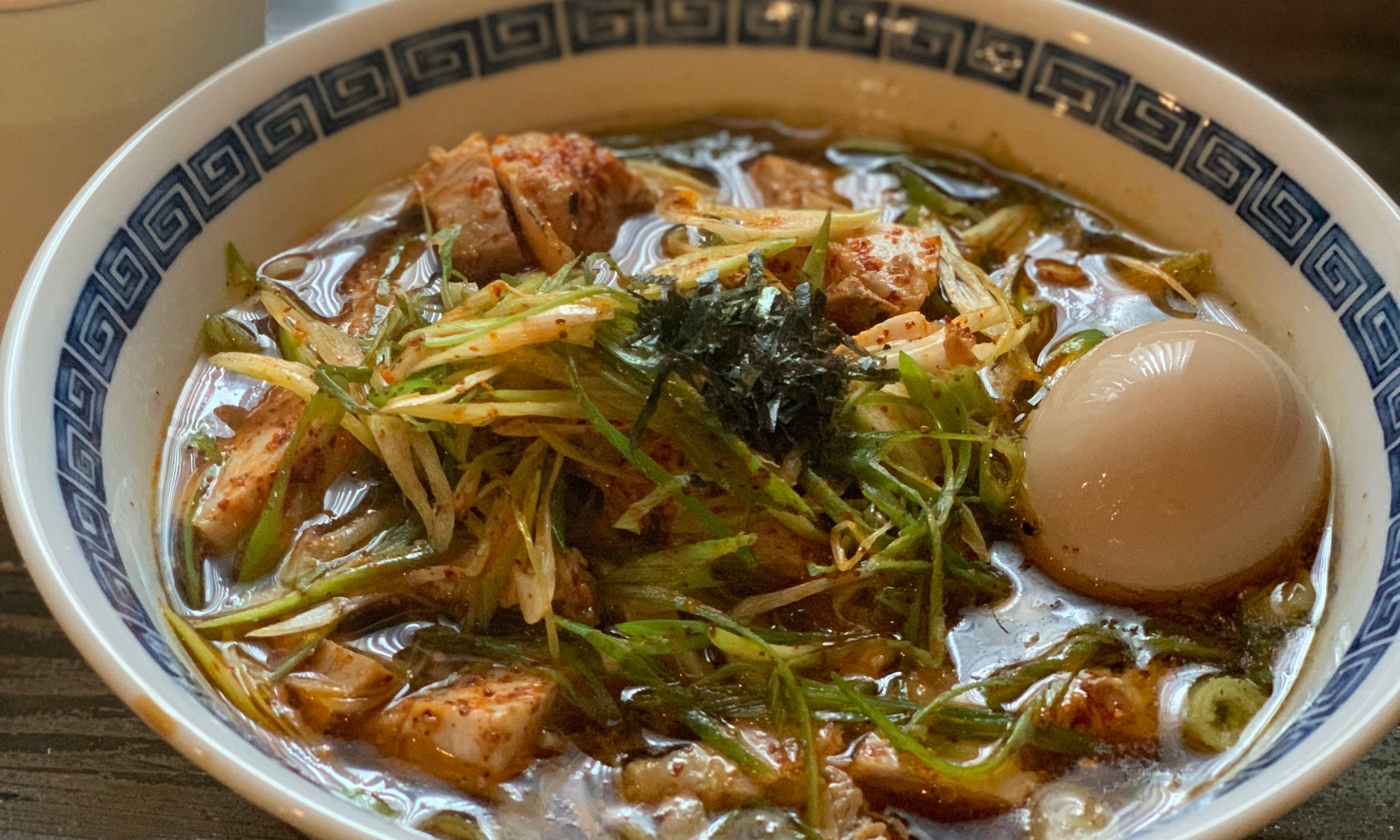 On December 31, 2017, 11 minutes before midnight, with one can of Sapporo left in the fridge, I decided to quit drinking alcohol for one year. Why, you ask? Well I’ll get to that, but first let me tell you about my addiction.

I have one addiction. To ramen. No surprise there right? But for most of my adult life, I also enjoyed drinking a few (to many) beers after work to de-stress from my busy workload, even if it meant just zoning out with a six-pack alone on the couch at the end of a long day. It sort of kept me alive.

Then, a few things happened on that New Year’s Eve. While watching the events leading up to the countdown on television, my 3-year-old daughter slipped while dancing around the living room and fell face-flat onto the hardwood floor, resulting in cuts on both lips. Her face bloodied and screaming uncontrollably, my wife and I panicked. At this time I was already 6 or 7 beers in and even if I felt sober there was no way for me to get in a car and drive her to the emergency room. Fortunately, the cuts were minor and she was able to fall asleep that night without any long-lasting injuries.

At first, my friends thought I was crazy. They knew me and they all thought it was some kind of joke. But I’m a pretty stubborn scorpio/snake so I knew, and they soon realized, that this was a serious goal. Another motivational force, was trying to operate and manage three different businesses primarily on my own. I felt that 2018 would be the year that needed 100% of my focus: Full control of my vision and a level-headed direction of resources.

All this said, 2018 was filled with never-ending drama. If there was ever a year that I should have been drinking, this was the year. I resisted.

For the most part, I navigated and parsed out all of the negativity and fought each battle one day at a time. Then September came and October-November became almost unbearable. Honestly, it was a struggle. After deciding to apply for life insurance, a routine blood test resulted in an abnormality in my liver.

At first, my doctor brushed it off as maybe too much alcohol intake in recent days, but NO! I hadn’t had a drop of alcohol in nine months! So she ordered a bunch of tests and I spent the majority of October and November trying to juggle work, family, doctor visits, and more work, including spending a majority of my 41st birthday (one day before the start of Rajuku NY) in an exam room being prodded and pricked like an expectant mother.

As of this writing, every other test has come back normal and it is still a mystery as to why the abnormality still exists. It could be a myriad of things and we’ll just have to keep checking one test at a time, one day at a time. For now, I feel as healthy as a 20-year-old and I can’t wait to keep building my ramen dream.

My decision to quit drinking was never for health reasons, but ironically maybe it really was. If I hadn’t have quit, perhaps my health could have gotten a lot worse. One year without drinking may have been the best decision of my life. One year to get more years. It sort of kept me alive.

And here we are today, December 31, 2018. I’ve accomplished my goal: One year without any alcohol. I’ve worked harder than I’ve ever worked this year and there will be no slowing down from here on out. In 2019, I will need to work even harder. Many of you, including myself, were looking forward to raising a glass together, but it looks like I’ll be keeping that last can of Sapporo in the fridge a little bit longer. One addiction is more than enough. Cheers to 2019. Let’s make it a good one.