I spent the last night dreaming about the miso ramen from yesterday. And when I woke up, I couldn’t stop imagining the tori karaage (fried chicken) soaking in the outstanding miso. I even daydreamed the exact technique I would use to submerge the miso soaked drumstick. Yes, I’m a nerd…hahaha.

Foo-Foo Tei’s Torikara Ramen is your choice of soup base (shoyu, shio, or miso) accompanied by 3 fried chicken drumsticks. You already know how I feel about the miso, so let’s talk about the chicken. The meat is pushed up the bone and then lightly breaded with a mixture of seasonings that are enhanced by the soup you choose. It’s like ramen “shabu shabu” with miso-sogged fried chicken! 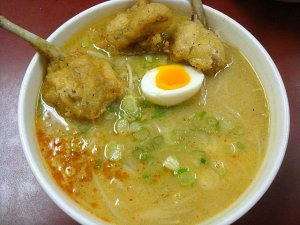 My good friend that accompanied me tonight also tried the Torikara Ramen but with the shio base instead. It was his first time at Foo-Foo and after he read my Day 2 post, he had his mind set on the shio. I don’t blame him! Now he can go back home to his wife and say that he’s tried the best darn shio in the southland! 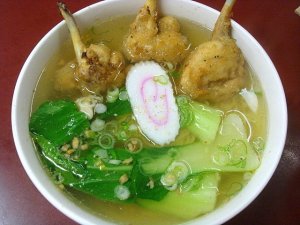 Here’s a close up look at the chicken. So close you can almost taste it. Mmmmm….. 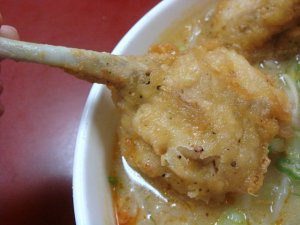 I promised Murakami-san that we would be joining him for some drinks tonight so it was only natural to have the side dishes show up just as he squeezed every bit of the first bottle of shochu into our glasses. The first to arrive was Ika-geso Karaage (Deep-fried Squid Legs) with a side of wasabi mayo. It’s like calamari, but the Japanese version. Just ask my friend how good these were. He practically inhaled them all…haha. 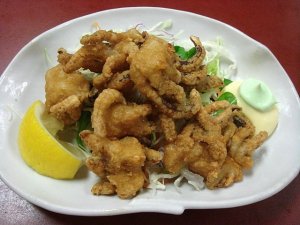 The next dish was Chilean Sea Bass, a Murakami-san favorite. Okay, aside from your choice of ramen and the gyoza, you MUST order this on your first visit. And if you can’t on your first, then you MUST on your second. Trust me. It’s too good to wait any longer than that! Unless of course you’re allergic to fish like my friend was. Sorry dude, you missed out! Murakami-san also told me the ingredients, but honestly my memory is starting to fade from the shochu. 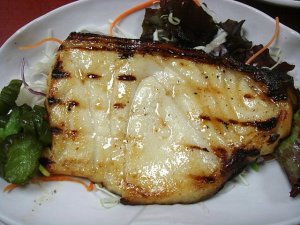 My friend cannot do really spicy, so before we ordered one of the kimchee dishes, Murakami-san brought out a sample for him to try. I’m okay with spicy as long as it’s not extreme, but unfortunately the kimchee was too spicy for my friend. 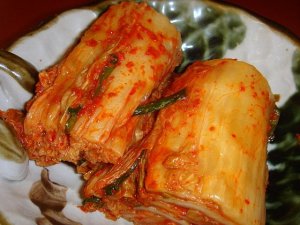 It’s not a very good picture but I just wanted to highlight how the shichimi is made fresh and not store bought. 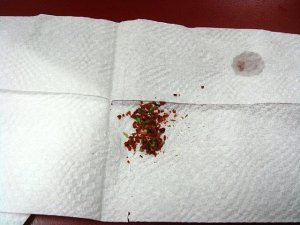 Murakami-san disappeared for several minutes and we were wondering where he went when all of a sudden he arrived with a special ad hoc improvised spinach and scrambled egg dish that you won’t be able to find on the menu. The sauce was amazing and he created it especially for my friend that can’t do spicy. This guy is incredible! 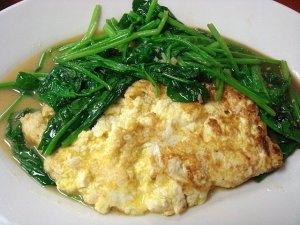 What a night! It’s almost like I’m living a dream. I’m so glad that I decided to do this because every night it just gets better and better. Imagine being able to sit down at your favorite restaurant and have the head chef sit across from you and explain in exact detail what you’re eating and the passionate history behind it. That’s precisely what I’ve had the privilege to do these past 4 days and how I hope to do for the next 27.

Murakami-san also revealed to us what he plans to do once the Monterey Park lawsuit is settled and he gets back what he is owed. I won’t spill the beans, but let’s just say I’m excited and can’t wait! Let’s all hope the madness ends in Murakami-san’s favor…SOON!